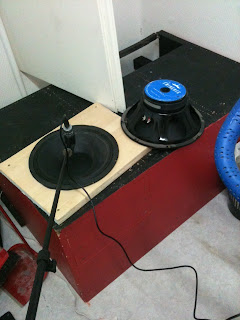 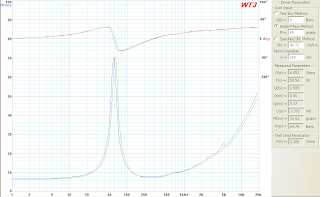 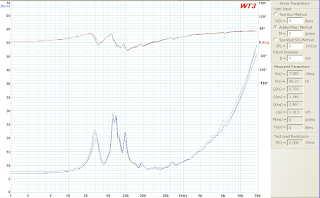 In red the Eminence driver and the Philpips in brown and Gamma in black.
I have changed the curve layout and added will use the Eminence as a reference as it very close to the current Gamma 12A Surprisingly the Philips and the Eminence is close to identical, with the Gamma weaker in the bass.

Then it was time for the Fane Cresendo 80W 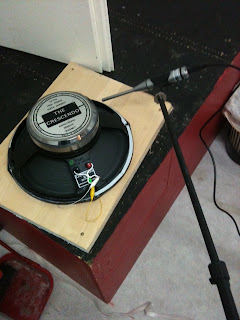 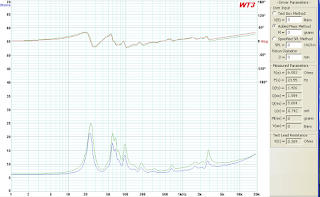 Then it was the classic vintage horn driver Isophon 30/37A 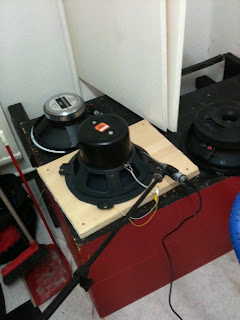 The driver has a large plastic cup covering the magnet, the purpose of this I do not know. 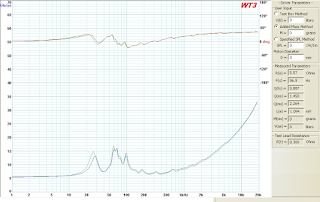 Also in this case very similar to the Eminence.

The finaly the Beyma G320, For some reason way out of spec with Fr in the 70-80 Hz  range. With twise the weight of any of the other drivers they are monsters. 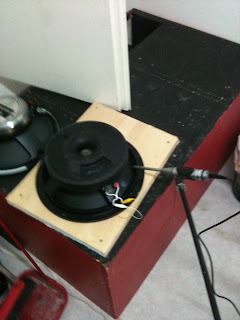 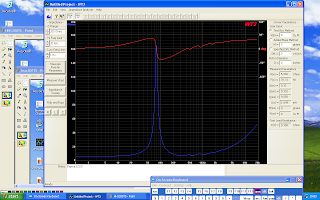 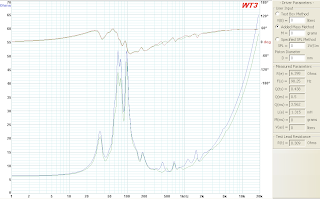 Here the 60 Hz peak is reduced  4dB, the 70 Hz peak by 2 dB the 95 Hz peak has shifted down to 85 Hz. If one could cut 3 dB or so of the 85 Hz peak the horn would be 35-130 Hz +/- 3dB. If damping material, corner reflectors or internal Helmholz resonator would do the trick is a matter of some experimental work to find out.